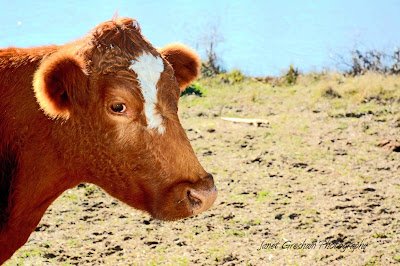 Sunny days are here again, and I do believe
this cow is almost smiling!

Pastures are still very muddy but much
better than last week, and the herd
is soaking up the sun. 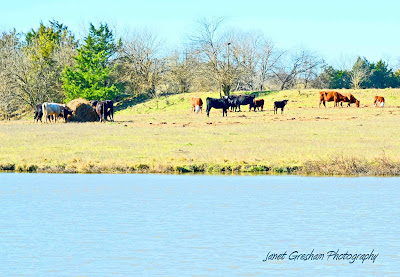 Barking Up the Hackberry Tree 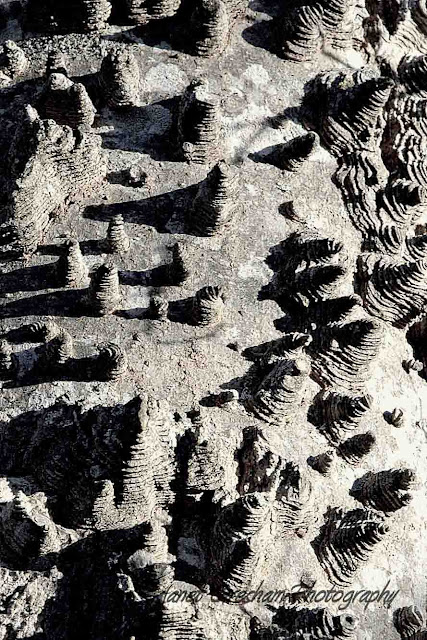 So WHAT is this?

The Grand Canyon in miniature?
Craters on the moon?
Or unique formations of bark on a hackberry tree?

Hackberry trees are common in Alabama's Black Belt,
and what a photographic TREASURE!

Linking to TUESDAY TREASURES
Posted by Janet at 8:23 AM No comments: 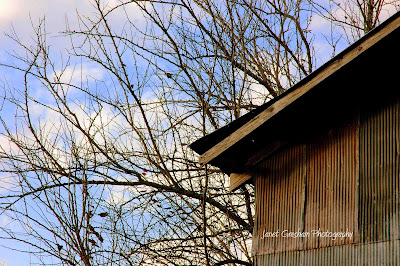 It was a very cold day when the corner of this barn's roof
kept clanging with the wind.
The barn is fixed now, but that was an eerie sound
above the braying
of cattle ready for some hay!

Linking to The Barn Collective
Posted by Janet at 8:59 AM No comments:

Cryin' in the Rain


Okay. It can stop raining now!

Can't hurt if the sun shines either...for more than an hour or two a day! As of January 3, we have had rain every day for a week, more than five inches so far! And that doesn't include all the rain of previous weeks! It's raining right now as I write!

And if somebody wants a tour of rural Dallas  and surrounding counties (make that all of West Central Alabama or perhaps all of Alabama!), they can walk in pastures where they can wade through mud up to their knees, see the river out where cows used to trod, drive a truck through the seeps or try to pull an animal out of the ditch.


Not only that, but this is becoming one extended mini series of a winter, and despite all the past drama about droughts of the new millennium being caused by man-made global warming, this year sure seems as wet as 2009, which turned out to be the wettest of the decade in Central Alabama.

I just know that hay season ran from April through November, because farmers had to wait so long for the crop to dry so they could crank the balers.

And if the rains of last spring, summer and fall weren't enough to mildew flesh,the rains of this winter have been absolutely CHILLING, kind of like Misery, if you know what I mean!


It’s so wet that farm trucks around here are covered in mud.
There’s no sense in washing them, because like determined little boys,
they just go right back out and get covered in mud again.


Now, all that said, back in the year 2000 I pretty much promised that I’d never complain about rain again!


That’s because it was the year of the first great drought in half a century, and most of us rural folks were down on our knees praying for rain. We finally quit looking to The Weather Channel for relief and started looking for mercy from above.

By July, some cattlemen began their winter feeding schedule. Then, they only got one cutting of hay. The drought got so bad that livestock crunched their way across parched pastures, and eventually the brown grass gave way to nothing but dirt. Stock got sold. Feed got purchased, and some cattlemen even sold their equipment.


Even back then, environmentalists blamed that drought on global warming, said the earth had been heating for at least two decades.
The weather folks blamed it on a lack of El Nino or some stubborn high pressure area that the great Rainmaker in the Sky stuffed into an ironclad lockbox and threw away the key!
Other folks suggested that God might be judging His people by way of the land.
After all, that has happened before, and repentance might bring rain!

So, I cautiously suggested to the farmers of the family that perhaps they should return to keeping the Sabbath holy by quitting work in the pasture on Sunday afternoons.


“Say what?” they gasped. “Then, who’s gonna feed the cows? The pasture is nothing but dirt, and somebody has to make sure no stock is stuck in the muck of what is left of the ponds!”
Besides, one of ‘em reminded me that The Bible also declares that it will rain on both the just and the unjust (apparently rain as in bad times and not real raindrops)!
So, I bought new jeans. After all, it looked like I might be praying for rain a while longer, and there were holes in the knees of the ones I had.


Come November 1, raindrops fell. Then more rain came. By the end of the month, nearly six inches of the rarest commodity of Y2K had soaked into our scorched earth. I put on my new jeans, got down on my knees and prayed,


“Thank you, Lord, for rain. May we never take it for granted.
May we never complain about wet weather.
May the grass grow green, the cattle grow strong,
and may the farmers return to their families on Sunday afternoons. Amen."

I was dramatically reassured that God is still in control. While some oak and pine trees were lost, and leaves on the ginkgos and pecans fell too soon, others revived. Dogwoods, hickories, sweetgums and sugar maples slowly unfurled. The autumn we thought we had missed treated us to spectacular colors just before Christmas, then gave way to rain, freezing rain, sleet, snow flurries and the coldest temperatures in years. 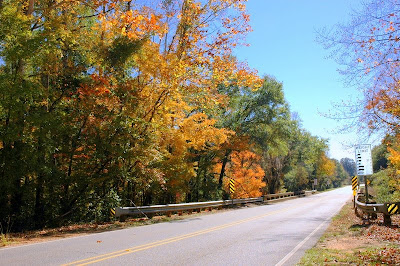 Then, when another great drought came along in 2007, Alabama Gov. Bob Riley issued a “Pray for Rain” proclamation. A few days later, there was rain, not enough to stop the drought right then but enough to ease it and prevent further disaster.

But it seems it's been raining ever since!
These days, I'm down on my knees and prayin' for dry weather, and I hope that our new Gov. Kay Ivey is doing the same!

Welcome to my Home!

Janet
I thought life was exciting when I worked as a newspaper reporter & editor, but being a grandma surpasses all that! Taking pictures & writing stories in my native Alabama Black Belt since 1975.

"Let the heavens rejoice, let the earth be glad, let the sea resound, and all that is in it; let the fields be jubilant, and everything in them. Then all the trees of the forest will sing for joy; they will sing before the Lord." (Psalm 96:11-13)

This website and its content are copyright of Bringing Home the Black Belt (formerly The 3R Ranch) © 2010 through 2019 by Janet Gresham. All rights reserved.